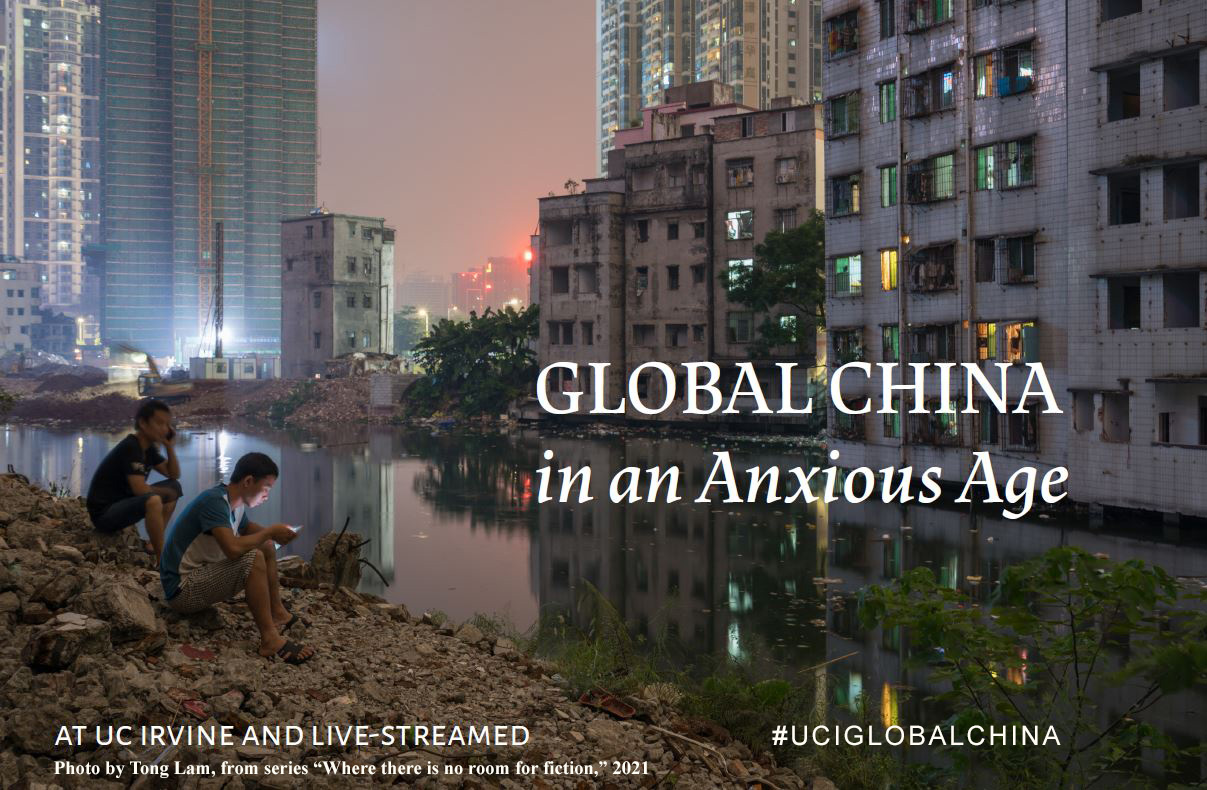 RSVP REQUIRED. This is a hybrid event, with in-person attendance restricted to UCI affiliates (ID holders) ONLY ( HG 1030), pandemic conditions permitting. Members of the public can join us for this talk via Zoom and live stream.
This is a crucial moment to take stock of the complicated impact the People’s Republic of China is having on the global order—and the complicated ways that international trends are altering life in the world's most populous country. Climate change, human rights abuses and debates, diplomatic relations, economic booms, financial crises, technological shifts, and, of course, pandemics—there is a need to come to terms with the PRC when considering any of these issues and many more as well. And the start of 2022 is a symbolically significant point in time to reflect on the PRC and the global order, as Beijing's relationship to both the United Nations and the United States changed dramatically half-a-century ago. In 1971, the seat at the U.N. held by a representative sent from Taipei was given to one sent by Beijing, and then, exactly fifty years before the date of the UCI Forum for the Academy and the Public's event, Richard Nixon and Mao Zedong held their historical summit.

With all of this in mind, in restarting its annual tradition of holding lively and wide-ranging two-day symposia that was put on hold last year due to COVID-19, UCI’s Forum for the Academy and the Public has chosen to focus on the PRC. Global China in an Anxious Age will bring together scholars from many fields (from law and various branches of the humanities to glaciology and pharmacology), as well as non-academics of many kinds (including representatives of the worlds of journalism, tech, and policy making) to take stock of the challenges and contradictions associated with the country’s dramatic rise. We will also explore and debate the meaning of the seismic shifts associated with China that are shaking the planet in this era of cascading and interrelated crises.

An astounding roster of presenters includes:

Pallavi Aiyar,
based in Madrid where she works as Deputy Editor of the Globalist, covered the 2008 Beijing Games for The Hindu and has written books on China and other parts of Asia
Steve Allison,
UCI School of Biology Professor and head of the Newkirk Center

Wilfred Chan,
based in New York, worked for CNN in Hong Kong while the Umbrella Movement of 2014 was underway, and is now a contributing writer for the Nation, reporting on Asia but also on the gig economy in the U.S.

Eileen Chow,
Director of the Cheng Shewo Institute of Chinese Journalism at Shih Shin University in Taiwan and serves on the Board of the Los Angeles Review of Books

Jorge Guajardo,
former Mexican ambassador to China, is a lawyer based in D.C.

Yang Guobin,
sociologist at the University of Pennsylvania

Isabel Hilton,
BBC presenter, regular writer for the Guardian, former editor of OpenDemocracy and founder of a climate change NGO that focuses on China

Christine Loh,
held a post on the environment in the Hong Kong government & is at UCLA

Alex Wang,
UCLA law professor who works on China and the environment

Cindy Yu,
based in London, writes for The Spectator and hosts the magazine’s “Chinese Whispers” podcast