9Jun
Notice! This event has passed.

China in One Village: A Conversation on Literature and Translation in a Changing World 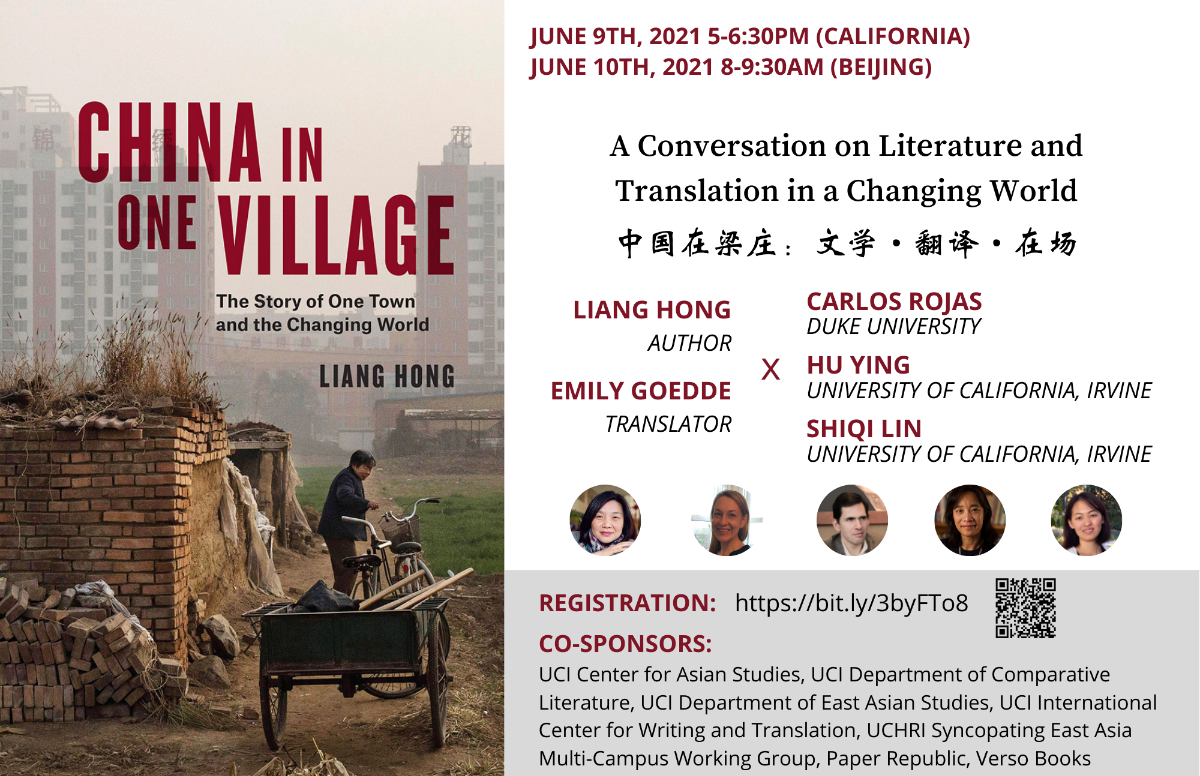 China in One Village:
A Conversation on Literature and Translation in a Changing World
Featuring writer Liang Hong and translator Emily Goedde, in conversation with Hu Ying (UCI), Carlos Rojas (Duke), and Shiqi Lin (UCI)

Please join us for a book chat on China in One Village: The Story of One Town and the Changing World (English translation coming out with Verso books on June 22). Originally published in 2010, this book kickstarted a phenomenal wave of literary nonfiction writing in China, and established Liang Hong’s reputation as a deft chronicler of China’s changing society. This conversation brings together the writer, the translator, and Chinese cultural studies scholars to discuss the response-ability of literature and translation to drastic social changes.

About the book: After a decade away from her ancestral family village, during which she became a writer and university professor in Beijing, Liang Hong started visiting her hometown Liang Village in landlocked Henan province. What she found was an extended family torn apart by the seismic changes in Chinese society, and a village hollowed-out by emigration, neglect, and environmental despoliation. Combining family memoir, literary observation, and social commentary, Liang Hong’s moving account became a bestselling book in China and brought her fame. China in One Village tells a world-historical story through one clear-eyed observer, one family, and one village.